To share your memory on the wall of Pearl Ness, sign in using one of the following options:

Pearl was born on January 21, 1930, to Philip and Mary (nee Printz)Sastaunik of Macoun, SK. She was soon big sister to four brothers, Arthur, Lloyd, Harold and Kenneth, and one sister, Doris. She attended school in Bateman, where her lifelong commitment to an active lifestyle started when she earned the pitcher’s position on the boys’ baseball team.

As a young woman, Pearl moved to the big city of Melville, where one of her first jobs was at Nagler’s 5¢ to a $1 store. She met and married Leon Ness in 1952, and they soon welcomed daughters Gale and Donna. They established a busy and fulfilling life surrounded by family and friends made through their involvement with St. Paul’s Lutheran Church and its choir, the local branch of the Royal Canadian Legion and the German Heritage Club. Pearl also made many friends through her employment with Narvey’s Department Store and Eaton’s.

Pearl started walking around the perimeter of Melville before it was commonly accepted as exercise and quickly realized that she would have to walk early in the morning to avoid all the offers of rides. She soon became an inspiration for her younger family members and people around Melville. Her senior years and involvement with the Melville 55 Plus Track and Field Club provided another outlet for her competitive nature and offered new friends. Local and provincial competitions resulted in numerous awards and medals. There finally came a time when Pearl declared that she had no competition in her age category and would earn a first place even if she crawled around the track.

Pearl’s final years were spent happily at Caleb Village, where she shared her active lifestyle with friends new and old until her final days.

Pearl will be sorrowly missed by her daughter, Gale and son-in-law Bryan; granddaughter Cara and husband Mike; great-grandchildren Cedar and Asher, who called her Nannie Ness; her siblings, Arthur, Lloyd (Billie), Doris (Chuck) Dietz and Kenneth Sastaunik; sister-in-law Lydia Sastaunik; Ness sisters-in-law Sylvia and Freda; and numerous nieces, nephews and friends. She will be welcomed by all those dear to her who have gone before, including husband Leon, daughter Donna, her parents and brother Harold.
Read Less

Donations are being accepted for: St. Peter's Hospital Foundation.

We encourage you to share your most beloved memories of Pearl here, so that the family and other loved ones can always see it. You can upload cherished photographs, or share your favorite stories, and can even comment on those shared by others.

Posted Jul 26, 2021 at 08:27am
Our condolences to my Aunt Pearls families....she really was a fabulously wonderful person! Once my Dad passed ( her brother) we talked often on the phone, and I really miss our conversations. A very classy lady, well respected, and she will be missed. God give you all strength for your loss.
Doug & Lisa Sastaunik
Comment Share
Share via:
B

Posted Jun 18, 2021 at 09:35am
We are so saddened and so very sorry for your loss. Aunt Pearl was such a remarkable and genuine woman. We have so many wonderful memories throughout the years and grateful she was able to visit us in Oakville in 2017. This photo is from her visit with us, with Lillie by her side as they were taking a little break from a very busy schedule. We will miss her incredible kindness and sense of humour.
Lots of love: Brenda, Ernie, Sylvia, and Tori

We were saddened and surprised to hear Aunt Pearl passed away.
I was reflecting that Aunt Pearl has been in my life for 62 years. There’s a lot of history in those years. We used to make a trip to Melville once a year for my entire childhood years.
I have fond memories of her best Poppyseed cake and all the fun/teasing at our family gatherings. Dad would tease her as he would casually sit down on her perfectly beds. She would frown at him but you could tell she enjoyed the bantering. Mom was reflecting how close Mom and Dad were to your parents. I only remember their keen interest in what each of their families were up to, all the laughter and good natured teasing. All these connections were surrounded by the bounty of great food.
Your Mom was a remarkable, strong and capable woman. I loved her determination with her fitness and walking. There was so much goodness about her. Her caring for her family, community, her faith and her own self care.
Mom has also been shedding a few tears. She feels the loss of the close connection they shared for many decades.
With much love and our sympathies,
Lori, Ted and Freda

I am sorry that I could not make the journey to be there in person. For many years, our Family vacation was for us to go back to Saskatchewan to visit the families of my mom and dad. My father, Gordon Ness valued family and friendships greatly and he looked forward to visiting and passing along family history, culture and values to his children. I have many fond memories of our summer trips to Melville and I consider myself very lucky to have the fortune of being able to spend time with many wonderful Aunts, Uncles and Cousins. Although Auntie Pearl and Uncle Leon were my godparents, I don’t think that had anything to do with the special bond I had with them. They were just great people and I can picture myself visiting them at their house that was filled with love, laughter and happiness. Auntie Pearls hospitality, kindness and laughter is etched in my mind for eternity. I like to picture her being met in heaven by my Uncle Leon and Cousin Donna and taken to this perfect little house with the perfect lawn sitting down to coffee and a table full of snacks and treats with conversations and laughter echoing long into the night. You will be thought of often and always missed until we have the opportunity to meet again. With much Love, Admiration and Sorrow.
Jason

Posted Jun 16, 2021 at 01:30pm
To the whole family, please accept my sincerest condolences for the loss of a great lady and friend. I miss our 6 a.m. walks around Melville and our track and field trips. Remember all of those ribbons and medals! Pearl was so gentle and kind yet one of the strongest and bravest people I knew. I will miss her dearly.
Comment Share
Share via:
BP

Posted Jun 15, 2021 at 08:33pm
I gained my wonderful Aunty Pearl over 68 years ago, when she married my Uncle Leon Ness. As a very young girl, I soon formed a very special relationship with my Aunt which I have been blessed to enjoy for all of these years. Even though I moved to Calgary over 50 years ago, each trip to Melville included lots of great times with her. In my last visit August/20, we had a treasured time together. I am so very grateful for the many years of associations with her as well as my special relationship with Gale. Aunty Pearl was more than an Aunt to me; she was a treasured friend. I will dearly miss her but know how Uncle Leon and Donna will welcome her into their spiritual world as will her parents and brother Harold.
Comment Share
Share via: 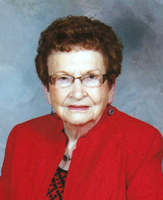