To share your memory on the wall of Carol Kolybaba, sign in using one of the following options:


A bright light was extinguished Thursday, May 13, 2021, when Carol Joanne (Gessell) Kolybaba unexpectedly died at Yorkton Regional Health Centre of complications following surgery. A resident of Crooked Lake in the Qu’Appelle Valley, she had just turned 75 on May 6.

Carol is survived by her husband, Wilmer (they were married for almost 55 years); their daughter, Tanya Cameron (James) of Weyburn; granddaughters Taylor of Calgary and Jayda of Weyburn, brothers Paul of Chelsea, Que., and Wesley (Connie) of Regina; and sister Marilyn (Ed) of Regina. Marilyn is known in the family as Carol’s twin sister. They were both born May 6 but 16 years apart. The sisters celebrated their last birthday together in the Yorkton hospital. Carol is also survived by nieces, nephews and other beloved relatives from the extended Kolybaba and Gessell families.

Carol was born in Grenfell in 1946, becoming the first child for Gordon and Dorothy (Chambers) Gessell, who farmed north of the town. The family moved to Strasbourg in 1955, where Carol’s father ran the Pioneer Grain elevator. In Strasbourg, Carol took most of her schooling and met her future husband who, newly arrived in town from Foam Lake, moved into a boarding house just a few doors from the Gessells’ and immediately started courting Carol. Following a year of teacher’s college in Regina and a year of teaching in Fort Qu’appelle, Wilmer and Carol were married August 20, 1966, and moved to Esterhazy, where Carol taught elementary school until her retirement in 1998; she continued to substitute teach for years afterwards. After both Carol and Wilmer retired, they moved to their dream home on the shores of Crooked Lake.

Teaching was not just a job for Carol, it was a vocation. From the time she started Grade 1 in the tiny one-room Sims School north of Grenfell, she wanted to be a teacher and would come home every day to teach younger brother Paul what she had learned that day. Paul played pupil for awhile and then switched to playing cowboys. Carol usually ended up teaching the pretend cowboy’s children.

Teaching was in her genes. Carol’s mother had taught at Sims School and Carol’s daughter Tanya has also enjoyed a successful career teaching in Weyburn. To upgrade her own education, Carol took university courses during the summer and at night for several years to earn her Bachelor of Education. In her later years, she took great pride in the accomplishments of her granddaughters’ academic excellence and memorable theatrical performances.

Carol also had many extracurricular activities of her own, including involvement in the Lutheran church and the Evangelical Lutheran Women. She was active in the Saskatchewan Teachers Federation, curled, bowled and golfed for years and thoroughly enjoyed travelling the globe with Wilmer and accompanying him to numerous bonspiels and golf games in which he participated.

Carol was not someone easily defeated. As a young woman she was diagnosed with rheumatoid arthritis. She immediately vowed to remain as physically active as possible, continuing her full-time teaching job, maintaining a spotless house, being a devoted wife and mother and never complaining about the pain and discomfort of her illness. Upon her retirement at Esterhazy, the school board noted: “She’d be very wealthy if she were paid for sick days not taken during her career.”

Carol Kolybaba will be missed terribly by her family and many friends and former colleagues at Crooked Lake, Esterhazy and beyond. Because of Covid-19 restrictions, a small private funeral was planned for Thursday, May 20, 2021, in Melville.
Read Less

We encourage you to share your most beloved memories of Carol here, so that the family and other loved ones can always see it. You can upload cherished photographs, or share your favorite stories, and can even comment on those shared by others.

Robert haas,Valerie bush, jeanette, Ed & family, and other have sent flowers to the family of Carol Kolybaba (Gessell).
Show you care by sending flowers

Posted May 27, 2021 at 11:41am
Our sympathetic condolences to Wilmer and all those that loved and will miss Carol. Marlene (Kolybaba) Harper and Charlie
Comment Share
Share via:
RT

Posted May 20, 2021 at 11:00pm
Wilmer, Tanya and family . sending our heartfelt sympathy to you at this difficult time.Carol was a beautiful lady . carol will always be in your hearts and her memories will live on with you. may your beautiful memories help bring you peace and comfort to your broken hearts your in our thoughts and prayers Joe and Rose
Comment Share
Share via:
GS

Posted May 20, 2021 at 05:21pm
Our deepest condolences to you Wilmer, Tanya and family. Wilmer, you and Carol welcomed us as we enjoyed our curling adventures! We will miss Carol’s warm personality and the way she made us feel like part of your family. A hug and prayers for you from both of us...Garnet and Lynda Schweitzer.
Comment Share
Share via:
S

Posted May 20, 2021 at 05:12pm
Wilmer and Family We are all so fortunate to have had Carol as part of our lives. Her deep Faith, twinkling eyes.


Wilmer and Family.. We were all so fortunate to have had Carol in our lives. I will never forget her laugh, Faith, wisdom, and the twinkle in her eyes.Let the memories keep you strong. Shirley Karius 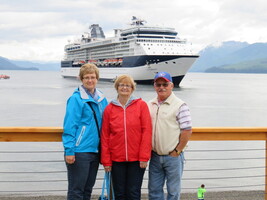 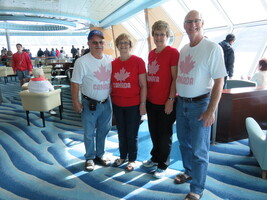