To share your memory on the wall of John Bierd, sign in using one of the following options:

The second son of Ernest and Jessie (Kay) Bierd, John was born on September 28, 1928, in Whitewood. He grew up on the family farm in the Armentieres district. On November 25, 1952, John married Sarah McPhee.

John took over the family farm in 1953 from his father and was still working on the farm a couple of years ago as he helped ready the yard for his 90th birthday celebration. He was so proud when the family farm reached “Century Farm” status last year.

John was a kind man who worked hard and enjoyed life. His talents were many, from fixing any piece of equipment on the farm to building his home in town. He served on the Whitewood Co-op and Whitewood Credit Union boards for years. He was also a member of the Whitewood Knights of Columbus. John was a devoted family man; he loved to visit with his many nieces and nephews and appreciated their letters, visits and calls. In his retirement, he spent winters in Mesa, Arizona. He whittled treasures for all those dear to him, and he enjoyed spending time in his garden and beautiful yard.

John’s passing leaves a hole in the hearts of many because he was a special man. Left to remember and celebrate Dad’s life are: his children, Gordon, Murray (Sharon) and Ann (Dave); his grandchildren and great-grandchildren, Mitchell, Lauren, Alayna (Dave) and Amelia Baran, Kerri (Tyson), Sarah, Brodie and Jackson Young and Kandace (Jeff) Wagner; as well as his sisters, Margaret, Muriel and Mabel; and numerous special nieces and nephews. John was predeceased by his wife, Sarah, brother Bill, and companion of 17 years, Paulene Wegner.

The family would like to thank Dr. Roets, the nurses at the Moosomin hospital, and Ramona Carson for their excellent care and compassion. If friends so desire, contributions may be made to a charity of choice.

A private family graveside service will be held later this summer.
Read Less

Donations are being accepted for: Charity of choice.

We encourage you to share your most beloved memories of John here, so that the family and other loved ones can always see it. You can upload cherished photographs, or share your favorite stories, and can even comment on those shared by others.

Posted May 01, 2021 at 06:05pm
Our deepest symphaty to your families. We enjoyed our visit with John and Pauline in Mesa, and at Christina Lake at mom and dad 's place. From John and Amy McPhee and family from Trail, BC
Comment Share
Share via:
MG

Posted Apr 22, 2021 at 08:45pm
My sincerest condolences to all. I always enjoyed a visit with your Dad when he would come to the Pharmacy. He was a wonderful man and will be missed by many.
Comment Share
Share via:
CA

Posted Apr 22, 2021 at 01:00pm
Our sympathy goes out to you and your families. We visited with your dad when we down in Arizona a few years ago. Yes, there he was whittling away on one of his future treasures. We also had the pleasure to meet Paulene.

Your mom will be so happy to see him again. Much love, Gerald & Kay Arsenault and the Curries of Red Jacket.
Comment Share
Share via:
DM

Posted Apr 21, 2021 at 04:31pm
Your Dad was a remarkable man and his spirit will never be forgotten. Thinking of you with deepest sympathy. My prayers are with you all Dianne Merkel
Comment Share
Share via: 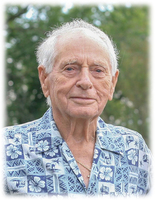