To share your memory on the wall of Marie Stecyk, sign in using one of the following options:


Marie Stecyk passed away at the Ituna Pioneer Health Care Centre on Wednesday, March 3, 2021, at the age of 91 years.

Marie was born February 23, 1930, the sixth child of Nick and Nancy Kozakewich. She grew up in the Goodeve area and attended Roberts School. Marie spent her childhood helping out on the family farm, tending to the animals and cooking with her sisters. She enjoyed playing guitar and singing country music alongside her siblings.

Eventually, Marie moved to Melville, Saskatchewan, and worked as a waitress at the King George Hotel. In 1949, she married Alex Stecyk, and they farmed south of Goodeve. The couple was blessed with three sons, Glenn, Ron and Kevin.

Marie later moved back to Melville, where she pursued a career as a caregiver. She went on to run a care home for over 20 years, while also working as a well-known Avon distributor. Marie enjoyed cooking, gardening, fishing and harmonizing in the church choir. She will be remembered as a determined woman who spoke her mind and was happiest when she was cooking and caring for others.

Donations are being accepted for: Children's Wish Foundation.

We encourage you to share your most beloved memories of Marie here, so that the family and other loved ones can always see it. You can upload cherished photographs, or share your favorite stories, and can even comment on those shared by others.

Posted Mar 09, 2021 at 11:29am
We are sorry to hear of your mom’s passing. Our deepest condolences to you and your family during this difficult time. Take care 🙏 Ray & Patty Bohay
Comment Share
Share via:
AD

Posted Mar 08, 2021 at 10:37am
It saddens us to lose such a caring soul such as Aunt Marie. Always thoughtful and generous, one example was at my mom's funeral a few months ago this 90 year old woman brought to the cemetery care packages of food for each of our family members to take home because she said it weren't for the restrictions she wished she could have cooked for all of us at her home. The gesture was touching and something we will always remember. No matter what her age, Marie was always young at heart. Take Care Glenn, Ron and Kevin
Comment Share
Share via:
K

Posted Mar 07, 2021 at 02:10pm
Dear Glenn, Ron, Kevin and Family,
We are sorry to hear of your mom’s passing.
Our heartfelt condolences to you and your Family.
Know that our thoughts and prayers are with you all during this difficult time. 🙏
I have many fond memories of Auntie Marie from the numerous family celebrations throughout the years and she will be missed!
May the memories keep her spirit with you always💕
Take Care and God Bless,
Karen Kozakavich & Family
Comment Share
Share via:

Posted Mar 07, 2021 at 12:53pm
Dear Glen , Ron & Family
Our Heartfelt Condolences to you all In the Loss of Your Mother , our Auntie Maria .
Our Prayers are with you at this time . God Bless ! Karen Burns & Family ( Kozakevich)
Comment Share
Share via: 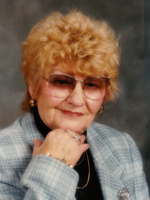 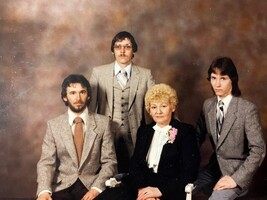 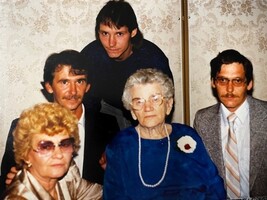 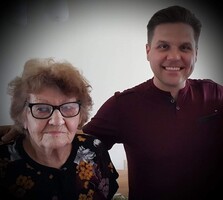